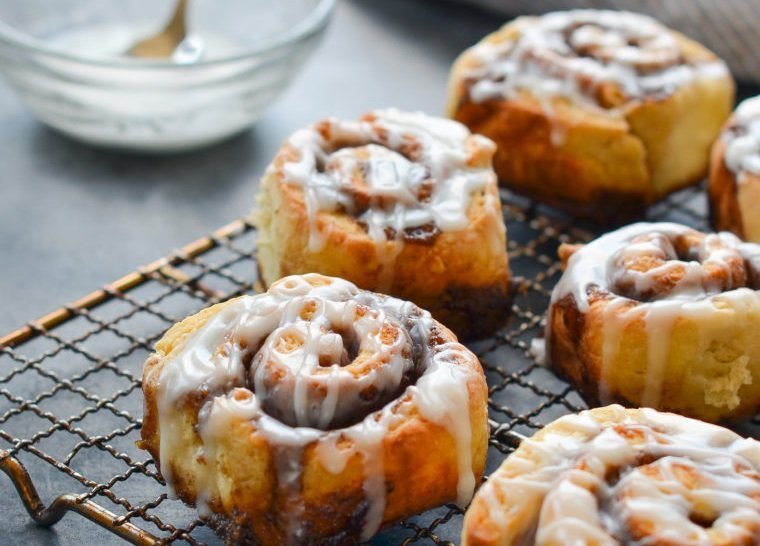 Did you know that cinnamon rolls are a typical Swedish dessert called Kanelbullar? They are made from yeast dough and cinnamon. In Sweden, they are most often eaten for lunch, and they also enjoy them with a cup of tea or coffee.

Many say that they are one of the best yeast-leavened goodies, which will surprise you with their round shape, soft texture and delicate cinnamon flavour. Best enjoyed in a cold autumn-winter afternoon, with a cup of fruit tea or hot cocoa.

Let’s learn the positive effects of the main ingredient – cinnamon:

In addition to the delicious taste, cinnamon rolls can also have a good effect on our body due to the cinnamon. Cinnamon is best known for regulating blood sugar levels and lowering cholesterol levels. It can improve lipid metabolism, which benefits those who have problems with being overweight or suffer from inflammation.

We can also use cinnamon as a home remedy, for menstrual crumps and severe bleeding, as it improves blood circulation. It can help with fatigue and lack of energy, so it is often used by drivers for long rides. Cinnamon has healing effects, thus is often used when baking sweets.

For the cinnamon filling: